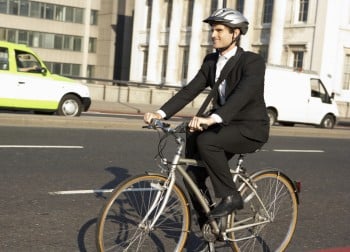 Commuting by bike is rewarding for a multitude of reasons. First, you can get fit. Going to work by bike is a great way to get regular exercise, and it’s great for your mental health too. Second, you can travel emissions free! For the environmentally minded commuter, bikes are almost certainly the way to go. If you’re toying with the idea of a bike commute, we say go for it! But which commuter bikes are best? That really depends on the nature of your commute. Some commutes will suit certain bikes more than others, so it’s important to seek some expert advice. But before you do, take a look at our list of the best commuter bikes for 2019.

Foldable bikes are always a commuter standout: here’s why they’re one of the best!

When you think commuting, you probably think inner city. After all, that is where most commuters end up. And as with anything in the CBD, space efficiency is key. That’s why we place the foldable bike at the top of the list of best inner city commuter bikes. Foldable bikes occupy very little space. They fold down into a compact unit for easy storage in an apartment or workplace. They also fit well on public transport if you need to take a few kilometres off your morning cycle.

Hybrid bikes certainly rate a mention on the list of best commuters bikes, and it’s easy to see why

If you have a bit of extra space to play with, a hybrid bike might be the best commuter bike for you. Hybrid bikes are so named as they’re a hybrid of bike models. The most common hybrid you’re likely to see is that of road and mountain bike. These are normally pretty robust, but also quite light. They can handle more dirt and gravel than an average road bike, but run better on the road than an average mountain bike. For a standard, entry level commuter bike, hybrids are pretty hard to beat!

Road bikes are best for exercise, but they can suit your morning commute if you’re all about speed!

Road bikes: they’re a bit of a specialty model. But that doesn’t mean you can’t use them as commuter bikes. In fact, they make some of the best commuter bikes if you’ve got some experience riding them. Road bikes are lightweight, fast, and efficient. Experienced cyclists know that road bikes allow you to go further while expending less energy. And when it comes to starting your day, that’s a pretty appealing equation. However, road bikes are better suited to the more experienced cyclist. They do take some getting used to, and they’re not very well suited to rougher paths or tracks.

What about commuters who take the rough road? The all-mountain variety of bike is best for you!

Speaking of rougher paths or tracks, let’s take a look at all-mountain bikes. This variety is a general model of mountain bike. They’re robust, quite comfortable, and very well-suited to handling the bumps and lumps of a rough morning commute. If your quickest commute takes you on the dirt, a mountain bike is probably the best commuter bike for you. But remember, they pack some extra weight on account of their added strength!

If you have a short commute and an eye for style, why not try a fixed gear bike?

Finally, let’s talk style; are you interested in that vintage look for your commuter bike? If so, the fixed gear bike is perfect for you. We should mention that they aren’t the most practical model available. So if you have a long or arduous commute, some of the models we mentioned earlier will probably be more suitable. But if you’re just heading up the road, why not do so in style with a fixed gear bike!

To learn more about the best commuter bikes, contact us.