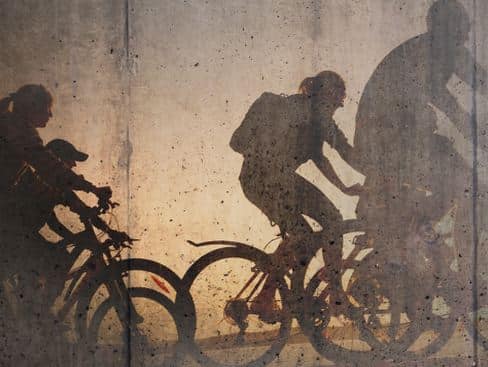 Here at Hoffy Cycles, we eat, sleep and breathe cycling. So guess what? – We’re going to have to talk about it. We’re going to have to talk about the biggest controversy in the cycling world at the moment, something that is being discussed from the quiet shores of Sandgate to the controlled frenzy that is California. Of course, we are talking about the Lance Armstrong doping allegations.

For those who haven’t been kept up to speed on the story, let us stop and take a moment to update you on the history behind this story. Lance Armstrong, an American cyclist, has developed a reputation over the past decade as being one of the greatest cyclists to ever race. While his accolades speak for themselves, we wouldn’t be doing Lance justice if we didn’t highlight the fact that he was the winner of the Tour de France over 7 consecutive years. If that wasn’t impressive enough in itself, he achieved this after winning a long battle with testicular cancer.

Lance Armstrong’s strength and courage over the course of his career was nothing but inspirational. It’s no wonder that his charity, The Lance Armstrong Foundation, has achieved such a great following over the years.

Fast forward to August 2012 – After years upon years of being accused of being a drug cheat, Lance and his lawyers officially announce that he is no longer going to fight the charges laid against him. As a result of this, the Tour de France and World Doping Committee are quick to swoop by stripping Armstrong of all of his Tour de France victories.

Despite never having been found to have cheated, and having passed every drug test that he had ever had, many people have been left wondering why in fact this harsh ruling has been brought down in the first place. Is there something that Lance and his team are hiding? Is this just Lance ‘playing the game’ with his legal team? At this stage, we don’t know. What we do know is that his victories and the way that he has lived his life have inspired and captivated audiences across the globe for more than a decade. Until he is proven guilty by hard evidence, many will continue to argue that he is still a true legend of the sporting world.

In today’s blog post, we have explored one of the more controversial issues in cycling today. If you are a cycling enthusiast or perhaps just interested in the sport, please don’t hesitate to pop on down to Sandgates own Hoffy Cycles to take a look around one of the best bike shops in Brisbane.